“It’s not about being ‘tech-focused’ in politics, it’s about politicians who recognize tech as a force shaping future and about tech leaders who are serious about addressing displacement issues from tech innovation,” says Afraj Gill.

Gill, despite being only 24, is a TEDx speaker; advisory board member for Venture for Canada, a nonprofit that places young graduates in high-growth tech startups; and currently leads strategy and operations for Polar, a Toronto-based, VC-backed global tech company.

He came to Canada at age eight with his family, all of whom “were farmers, social workers, and teachers.” He’s the first one in his family to work for a for-profit company. This upbringing, though, gave him a sense of duty to his solve social problems. “Most of our dinner table conversations were around public policy and the impacts it had on average people. My parents always saw themselves as average people wanting a better life,” he recalls.

Despite an unsuccessful bid to win a Liberal MP seat during the 2017 by-election in Markham-Thornhill, Gill is still continuing his march towards public service through “supporting organizations working on important problems and moonshot solutions that will lead to a better future for Canada,” whether that’s through startups or nonprofits.

But this time, he is calling his tech community peers to come with him.

Despite political leaders on all levels – from Toronto Mayor John Tory to Prime Minister Justin Trudeau – talking about innovation and the importance of tech in Canada’s economy, Gill says something is missing.

“We need people talking to people. A grassroots approach to building awareness of the effects tech will have on the average person.”

The technology community, he says, also need to communicate more outside the tech bubble and into both political conversations and broader community engagements.

“Can you imagine,” he says. “An opportunity where tech entrepreneurs, local political leaders, and constituents come together to talk about the effects of tech automation in their constituency? We [in tech] can’t just think about advancing our own interests, we must prioritize other things, such as community impact and ecosystem sustainability, as well.”

“A politician’s job is to care about their people. You take responsibility for more than just tech, instead thinking about how each person in your constituency can succeed.”

“One person or one family can only do so much. They need guidance, and are going to look to political leaders, aided by tech entrepreneurs, to provide it.”

Collaboration, then, is a system where tech leaders make themselves available to communities and put their money where their mouth is – a process Gill believes large corporations also have a responsibility to follow. “Big companies have a lot of resources, as do many well-funded tech startups. Sitting at a conference talking about how the importance of [the displacement] challenge is nothing more than a sound bite. I’d love to see these companies engage on a grassroots level with the people who might be displaced by their successes and innovations.”

“Tech leaders and politicians have an amazing opportunity to shed light on [displacement through tech innovation],” says Gill, but the focus must be on grassroots awareness and furthering education.

“One person or one family can only do so much,” he says. “they need guidance, and are going to look to political leaders, aided by tech entrepreneurs, to provide it.”

To promote grassroots awareness, Gill recommends townhalls that bring together, on a human-to-human level, tech entrepreneurs, political leaders, and the broader community. These conversations help to explain the realities and offer an opportunity to talk about practical solutions that will work for constituents. 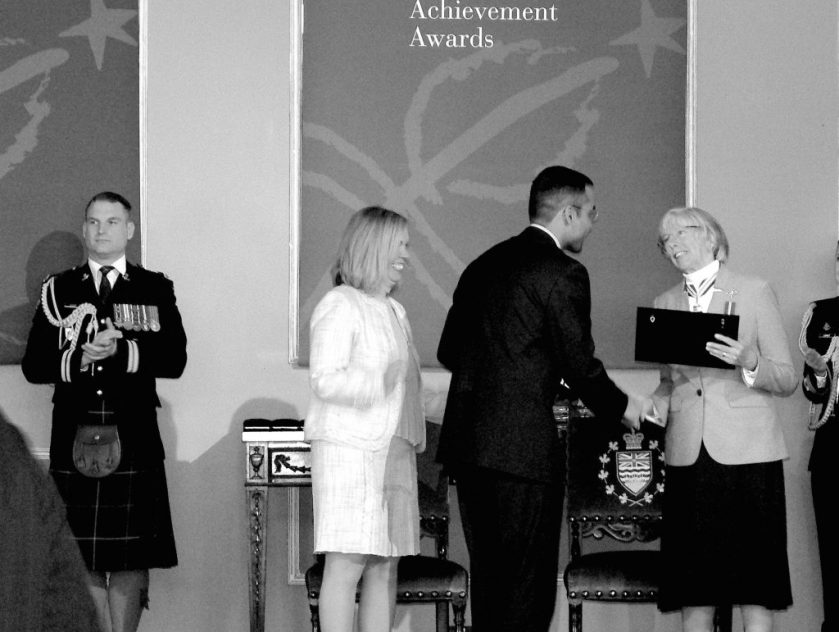 With increased awareness, political leaders understand the challenges their constituents face, and tech entrepreneurs hear diverse perspectives that fuel the innovation process. Constituents, on the other hand, have transparency into what is coming, both good and bad. They can ask questions and get help in order to build a future for themselves.

The next piece is education. If someone is displaced from their bookkeeping job, for instance, then they should have opportunities to learn new skills that can be applied in a tech-driven world, whether n tech or non-tech roles.

However, it’s not enough to have some education options and then call it a day. There’s a high chance that a bookkeeper in a small town is not going to know where to read or find local tech news, identify courses for in-demand job skills, and figure out how to navigate the whole process alone. It’s up to politicians to care and tech leaders to be present in order to help those communities lift themselves up.

“It’s not that people don’t want to better themselves. They hear about displacement and just feel helpless. Politicians and tech leaders have an ability and responsibility to offer guidance.”

#tbt to new years eve with this stage 5 stunner
Dang @shopify the lighting in your bathrooms is just A+
Me: gets up early and sits on the couch once My cat: oh look a new couch arrived
I am le tired
Two years with bae today 😍
Love when friends come to visit