The third iteration of DementiaHack came together on March 4 and 5 at the MaRS Discovery District in Toronto, inviting innovators to hack out tech solutions that ease the suffering of dementia patients and their caregivers.

Besides the fringe benefits that come from pitching in front of the managing director of Facebook and Instagram Canada, the winners, MemoApp, won a prize package worth over $100,000 in value, cash, and in-kind contributions from sponsor firms.

“Our hackathons are about solving some of the biggest challenges in the world. Over 45 million people suffer from dementia globally and there is no cure. DementiaHack is all about building technology to ease the suffering of patients and their caregivers while also promoting research and scientific discovery,” said Shaharris Beh, CEO and founder of HackerNest.

Unlike some hackathons that might seek to disrupt or destroy existing institutions around the hackathon’s theme, DementiaHack is a staunch partner of clinicians, hospitals, and other research going on around dementia and Alzheimer’s, working with numerous hospitals and Alzheimer’s Societies.

With Jordan Banks, managing director of Facebook and Instagram Canada, and Kevin McGurgan, British Consul General in Toronto as co-chairs of the hackathon, the hackathon brings some serious political and business clout.

“Dementia steals your ability to feel, to share, and to communicate,” Banks noted in his opening remarks.

Toronto Mayor John Tory echoed his statement. “DementiaHack gives [him] hope to see how much people care [about one another], especially in this time of increasing polarization.” 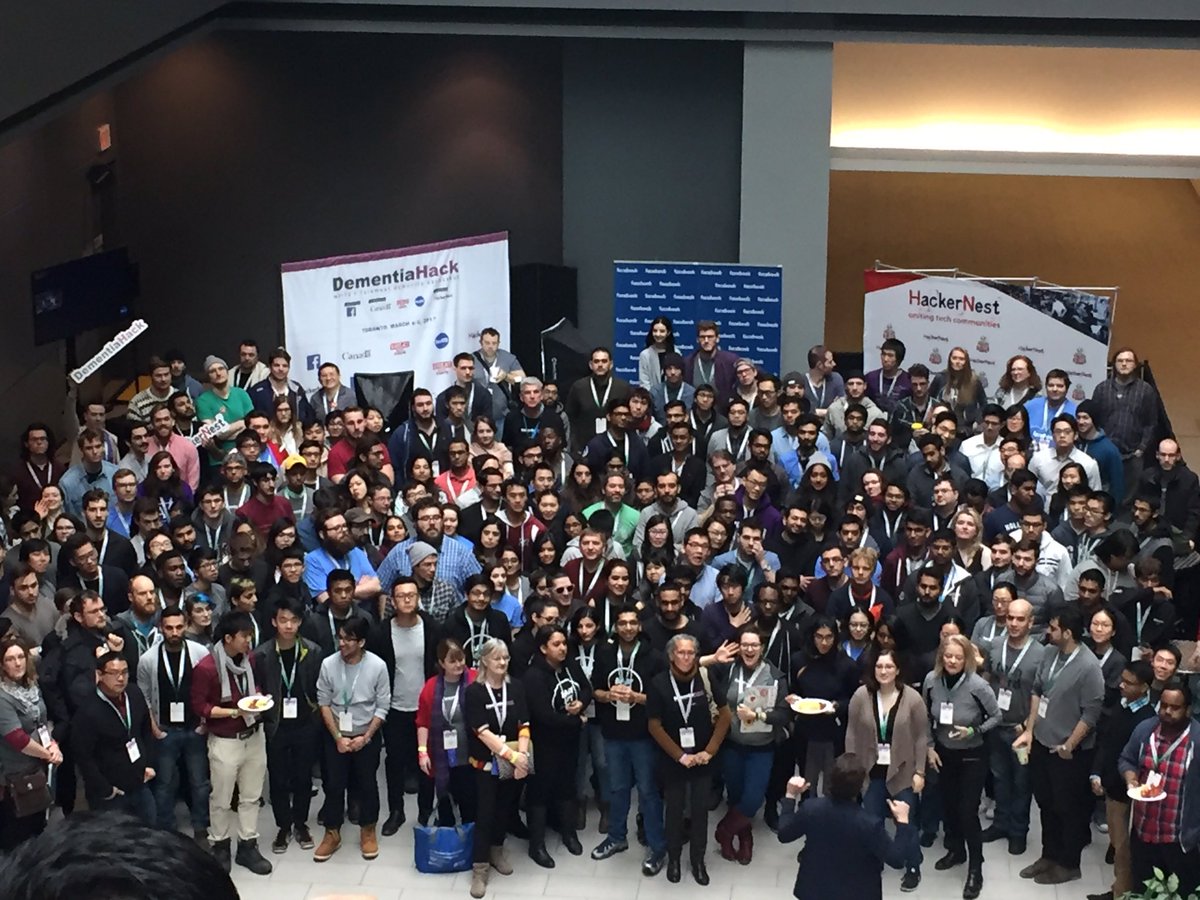 Mentors, judges, and attendees included Mayor Tory; Gerry Gallagher, the executive director of Social Determinants of Health at the Public Health Agency of Canada; and Lisa Salapatek, chief program officer at the Alzheimer’s Society of Ontario.

All told, participants had 30 hours – from 10 a.m. on Saturday until 4 p.m. on Sunday – to develop solutions to their assigned challenge set. It was an overnight affair, with many teams pulling all-nighters.

Mentors stayed throughout much of the hackathon to offer their expertise to teams. Some mentors were folks diagnosed with dementia themselves or individuals who cared for family members. Others were tech experts in certain areas such as hardware development, and some were investment advisors and VC representatives looking for a potentially life-changing technology that they could support.

Once the hacking came to a close, the Science Fair Demos began.

On Sunday afternoon, over 40 judges listened to the pitches, judging on four criteria: impact of the innovation in their relevant challenge set; practicality both in terms of product usability but also feasibility as a business; creativity of the solution and thought process; and whether the product looks like it comes from a real company.

Once the two-hour Science Fair ended, judges picked winners from each challenge set to advance to the final four.

Each final four participant got the opportunity to demo their platform to the entire audience, with the judges picking the grand prize winner.

First up was BrightGuide, a video-based app that allowed people diagnosed with dementia to film themselves doing everyday tasks while they are still able to. As the condition progresses and patients lose memory, they can look through a video of themselves explaining how to conduct a certain activity. 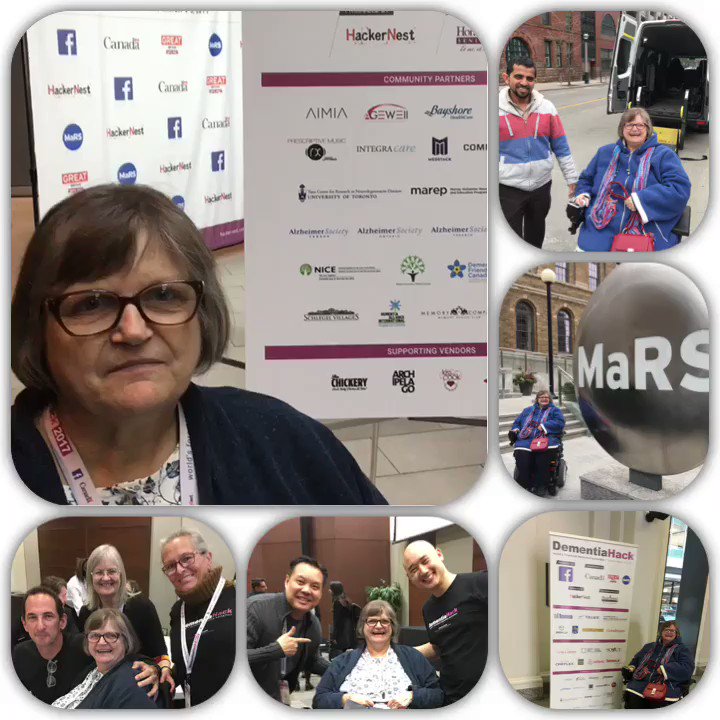 The second pitch was RescueApp, a patient-caregiver matching application that helps with on-demand sourcing of caregivers for family members who could not care for an individual on their own. The on-demand nature of the app led some to call it “Uber for dementia caregivers.”

The third pitch was ConnectDem, an app that matches volunteers with institutional researchers and clinicians. The judges were impressed by the robust backend server of this innovation, as it collected and saved a lot of information that could be recalled instantly, leading to faster working time for clinicians looking for help.

The final demo was MemoApp, a voice recording software overlaid on Amazon Alexa, that let patients record and recall information in an Ok-Google command fashion. Using the app, a patient could record facts such as the names of the children, and through a simple voice command recall that information.

MemoApp was ultimately declared the grand prize winner, but for one specific reason. The judges were floored by a ‘secret’ benefit of the app. It would be sold to users for its customer-facing value of being able to record and recall information for a patient. However, the app would also be tracking data on how often a patient needed to recall information, or the amount of times they tried to override current information in the database. This data collection means that a researcher may be able to, in real-time, track the decline and movements of a patient.

The impact could be huge, helping scientists and researchers track and compare brain function to other environmental factors.