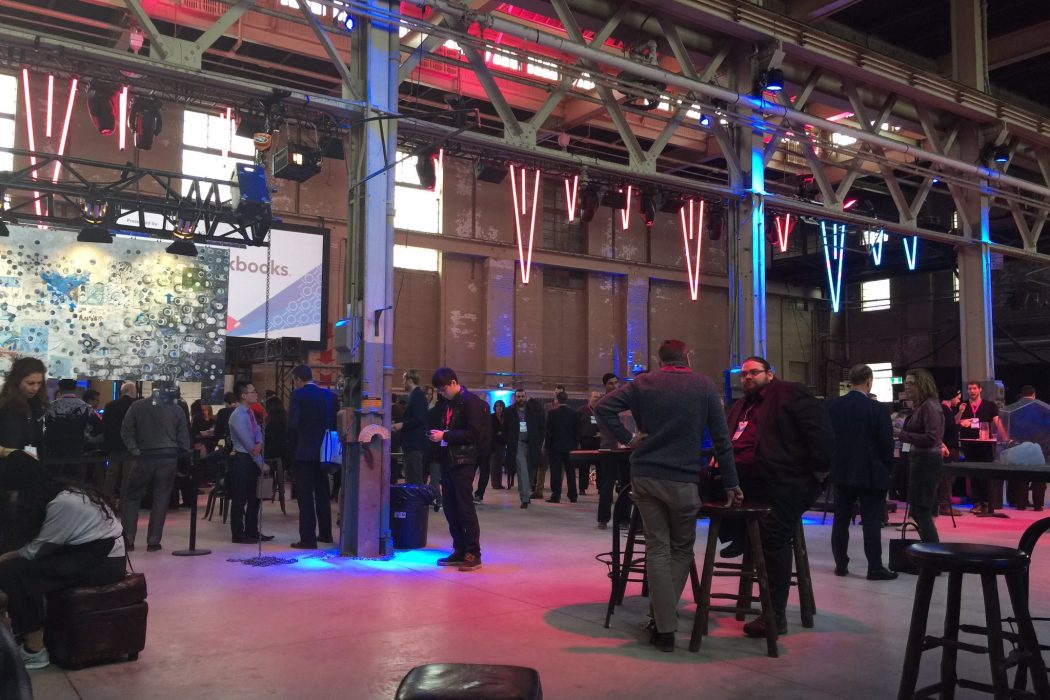 Amidst some of the big names, big prizes, and big wins of ResolveTO, there was a quieter stage – the Startup Stage – that focused on issues affecting startups and anyone who wants to think like a startup. Not that this stage didn’t attract big names: CareGuide founder John Philip Green and Real Ventures partner Janet Bannister were among those presenting on the stage.

When it came to topics, though, Chris Shipley’s certainly had a ring to it. She talked about “Dancing with Elephants,” a half-inspirational, half-cautionary tale of nimble startups working with large corporates. While one huge corporate client, an “elephant,” can make a whole company, buyer beware as elephants are notoriously hard to dance with.

Shipley started her conversation with a deadpan comment for the audience, but one whose operative terms often gets overlooked. In order to engage with a large corporate (an elephant), you have to either add significant customers or revenue, huge capability increases, a lot of new talent, or a large image enhancement.

In each, the message is clear: your impact has to be big enough for a large corporate to care. Shipley warned the audience that startups need corporates more than corporates need startups, even in a quickly-disrupting industry.

Elephants are selfish and slow

Startups have to realize that large corporates are purely in it for themselves. Rhetoric about supporting the startup ecosystem aside, “elephants” have more stakeholders than a startup can possibly imagine and every single one expects to be satisfied. When approaching an elephant for the initial sales conversation, Shipley says it’s important to know that large corporates are inherently selfish, no matter what they outwardly say. It doesn’t mean you shouldn’t engage with corporates, but it is imperative to go in with your eyes wide open.

Being pulled along by the enticement of a big deal is one of the most dangerous places for a young startup.

Once you acknowledge the reality of engaging with a corporate, the process becomes rather mundane (Though Shipley noted that [a startup’s] ability to be nimble is a large corporate’s worst nightmare). Before approaching a corporate, then, a startup must know how their work aligns with the corporate’s goals, how it can deliver a new capacity, fill a gap, or in general improve their business.

The next thing to note is the speed with which corporates work. Given the many stakeholders at the table and size of the organization, a large corporate is a very intricate living organism that moves slowly no matter how excited they are.

After all, “your life-saving revenue is often [their] rounding error.”

Elephants are inflexible and don’t know many dance moves

When a big corporate is excited about doing a deal with you (it’s even more difficult to do a deal without excitement on their side), a startup has to realize that corporations “don’t always know where they step.” It’s on you, nimble startup, to look where they are headed and anticipate their next move. This means knowing exactly how they operate on the ground level, a knowledge area Shipley says many startups fail to master before starting sales conversations.

Startups are often told to sell their dream. It’s how they get investors and their first few customers (particularly pre-product launch or during beta-launch), but with a large corporate the script is flipped. In order to woo a large corporate, Shipley says to approach them with specific technologies and explain how your work fits into their pre-existing systems. 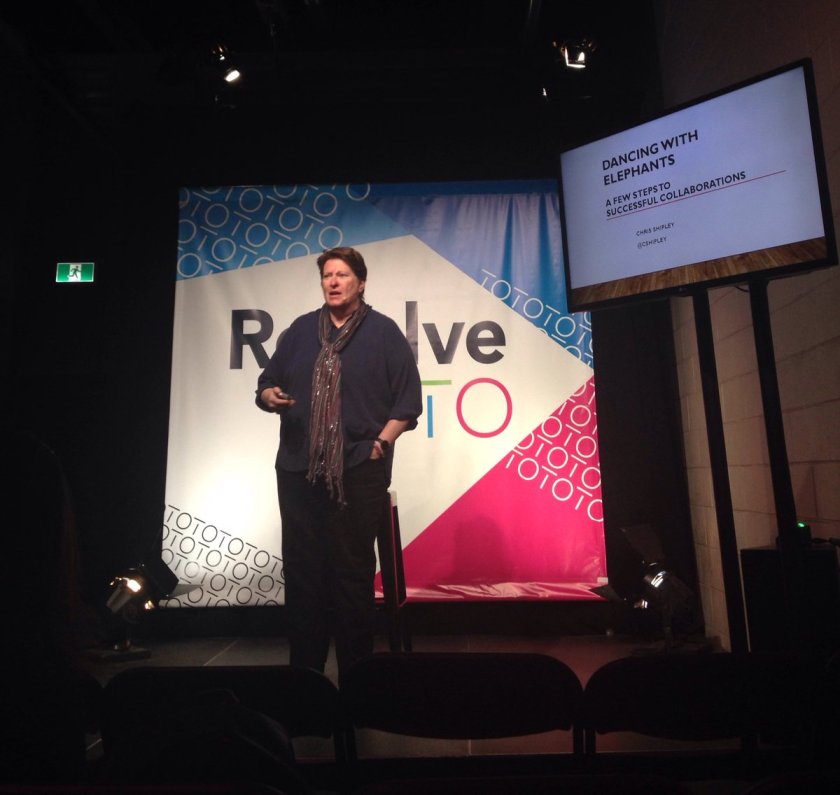 Thinking about how they don’t know many dance moves, it’s crucial to not make it look like you’re calling them out on their lack of knowledge. This is often the perception around asking large corporates to sign NDAs. When signing an NDA, a large corporate is saying they fully understand everything going on in their own ecosystem, says Shipley, a fact they often don’t know.

With this tip in hand, Shipley suggests startups focus only on key technological products and not confidential information shared in the hopes of seeming more effective than their competitor.

Elephants can dance – or not – for as long as they like

For a startup, a large account can make or break the company. Even in some cases, a small starting point with a large corporation can make the company through branding, if not revenue. However, Shipley’s message was clear: big corporates can stop and start dancing whenever they like. The “rounding error” warning echoed a few times during her talk.

A large corporate holds the strings when it comes to negotiations and sales. They know it and, if you want to be successful with them, you need to know it too.

This where Shipley’s advice really broke with classic startup methodology. In a startup, resources are so constrained that many well-meaning and highly educated people will tell you to focus on that big key client that will make the company. Shipley says this is potentially dangerous.

Fishing for a big corporate is easier if you already have a bunch of smaller customers who are happily paying.

If it works, that’s great, but if not, you are sunk. As well, it’s worthwhile to note that fishing for a big corporate is easier if you already have a bunch of smaller customers who are happily paying for your service, as that can show value and demand (another concern for a large corporate working with a startup is the question of whether that company will actually be around in two to three years to continue providing the services they sold).

Ultimately, though, startups have equal power in one respect: they can also stop dancing at any time. In a more caring-parent than mentor tone, Shipley told the audience that knowing your limits is key to playing in the big leagues. If you know that you will destroy your company if the deal you are chasing fails, then as a founder it is up to you to assess whether that is actually the risk you want to take. She’s not saying don’t do it, though, because the upside can be amazing.

“Being pulled along by the enticement of a big deal that will make the company is one of the most dangerous places you can be as a young startup,” cautions Shipley, “but when it does happen, it can be magic.”