Michael Litt, CEO of Vidyard, could easily be pegged as the Canadian version of the tech founder stereotype forwarded by shows like Silicon Valley. He’s a handsome white guy who wears plaid and has a beard. He went to the University of Waterloo, founded a tech startup while a student there, went on to join Y Combinator, and has raised over $60 million in total funding.

But to call him a founder stereotype is a disservice to how Litt has actually built and scaled his company. He’s a business leader who leans heavily on self-awareness and empathy when leading his team, and who is thoughtful of the ramifications of his actions.

As part of the Venture for Canada Scale Up Series with BDC Capital, Litt had an honest conversation about what it’s like to build and scale a company in Canada.

Litt held nothing back, offering as many criticisms as praises, but ultimately stated that scaling up in Canada is a choice he believes more entrepreneurs should make… with the right support.

Where it all began

Looking back on his days at the University of Waterloo, Litt realized he accidentally founded a startup incubator – he called it his house.

But it wasn’t just that he owned a house and lived with friends – it’s that those friends were founding companies. Eric Migicovsky, founder of Pebble (acquired by Fitbit), moved into the house as he was founding the company. Dan Holowack, founder of CrowdRiff, moved in. Litt recalled there were four to five people living in the house, each working on building businesses. 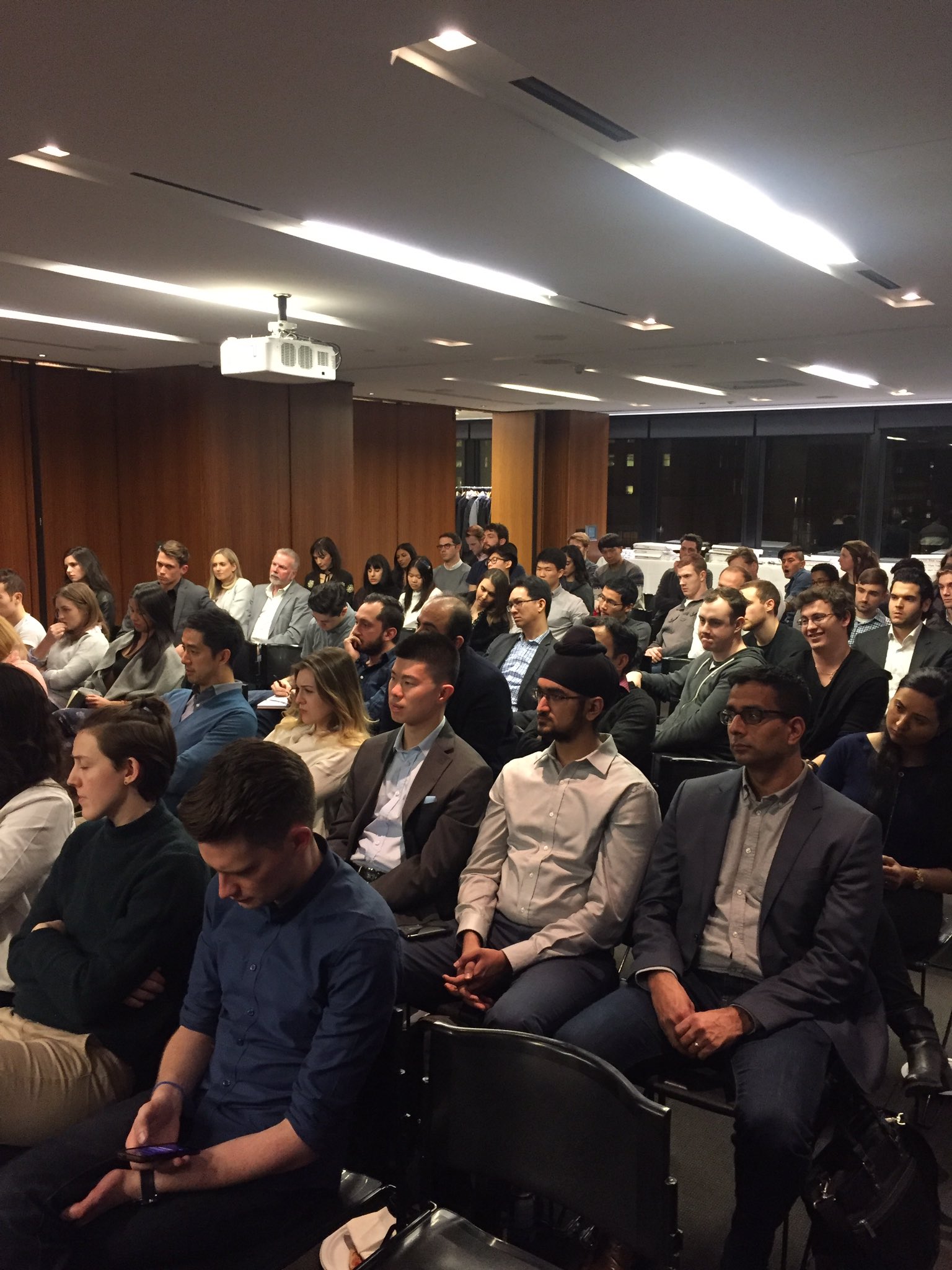 “It was good competition,” Litt said of the experience, “to see who could get to market faster, to see who could source customers faster. Even our dinner table conversation was about business.”

In each of his jobs throughout university and initially after graduating, one thing stood out: video, which was becoming a strong medium for companies to communicate with customers.

Of all his impassioned opinions, Litt’s belief in the service-first model of tech entrepreneurship is strong. In his view, too many entrepreneurs think of a solution and then go searching for a population that faces the problem that their solution fixes. To Litt, this is entirely backwards.

“The service industry is a good way to find real problems that people need solved,” says Litt. “Then you can pay your rent while experimenting with technology that will solve the problem more efficiently.”

From service to technology product

That is precisely what Litt did.

So Litt and his co-founders developed technology to host videos in a branded way for their clients. This not only helped them bring in recurring revenues, but also led to their next opportunity and another revenue stream: through hosting, they were able to create a dashboard that tracked metrics and success indicators.

Once they knew video success indicators, they could sell a video with a promise of hitting certain metrics. If the video did not hit stated metrics, they would iterate and edit until it did; only then would the customer pay.

Suddenly, Litt was a tech entrepreneur.

During this process, their roommate moved to California; Pebble had just been accepted into YC, and he recommended Litt apply. By the summer of 2011, Redwoods would adopt the Vidyard name and call itself a proud YC graduate.

Thinking back to his acceptance into YC, Litt credits setting – and hitting – metrics targets as the reason for acceptance. It showed YC that he was able to pivot as needed, spot growth opportunities, and work against metrics. These traits, he says, are also crucial when it comes to raising your first fundraising round.

“Ultimately, what you do is [only] important in terms of tracking vital KPIs, but an investor is putting their money behind their belief that you are the person who is going to solve the problem.”

During YC, Litt hired a freelancer to research 100 prospective clients’ contact information each day, which he would then reach out to next day. Litt said he did this for over 100 days during YC, which helped him show “hockey stick growth” from when he entered YC to when he graduated.

Another Litt-ism, besides his passion for the service-to-technology founding structure, is the necessity of getting yourself in front of customers through direct sales. “When you’re a non-tech founder at YC, what else are you supposed to be doing besides focusing on growing your company?” Litt rhetorically asked the audience. “That means you have to be reaching out to people.”

Many startups, according to Litt, have issues scaling because of co-founder or early employee conflict. To combat this, Litt says the two most important things founders can do is ensure they all have trust and respect for each other, and focus on making core values clear and actionable.

Litt already trusted his co-founders and vice-versa, so their challenge became a collective set of core values. They selected core values that reflected how they’d want to spend time with friends and family, after the realization that they would be spending the majority of their days with their employees. Values revolved around honesty, transparency, and clear communications – all of which guide Vidyard’s culture today.

More often than not, when you hear founders talking about the need to feel like their co-founding team are their friends, it can ring hollow to advocates of diversity and inclusion in startups. Litt conceded that while his board is majority white and male (an issue he is actively fixing as board members leave and new ones are appointed), he prioritized diversity of thought and experience in early stage employees.

Litt noted that a large chunk of hires and inbound candidate interest at Vidyard come from current employees’ networks. Litt is thrilled at this – to him it shows that employees love Vidyard if they are telling their friends and family to apply – but it also signals a major issue.

“If everyone is the same at the beginning, and a large part of employee growth comes from current employee networks, you are going to end up with a huge echo chamber,” cautioned Litt as he was answering a question from the audience on how to balance cultural fit with diverse perspectives. He also tackled the issue of biases – stating bluntly that everyone has different biases, and founders require deep self awareness with an ability to check yourself objectively for bias.

Where Canada is — and where it needs to go

Going in the future, Litt has clear policy ideas for the Canadian government to support Canadian innovation: immigration, infrastructure, and taxation, all underpinned by diversity.

“Diversity is Canada’s opportunity to shine,” he unabashedly told the audience while saying that action supporting diversity of thought and experience must be core from day one.

When it comes to immigration, Litt commented that the process needs pre-approvals for high-quality talent. “When you bring in a smart person, other smart people want to work with them.”

When it comes to infrastructure, Litt believes the government should focus on transportation infrastructure between tech hubs, such as KW and Toronto, so that knowledge, talent, and money flow more easily.

When it comes to taxation, Litt noted that since many angel investors write cheques “never expecting to see that money again,” a tax credit from the government might get angels to give out more money to startups, which would better prop up the ecosystem.

But Litt also believes strongly in the personal responsibility that all tech founders have: to think of the people whose lives are harmed by technology. He noted that research finds the most popular jobs in some US states are truck driving and receptionist work – both of which are at risk of elimination by AI and other technology in the next five to ten years.

Instead of calling it the cost of progress, Litt called on himself and other successful tech founders to advocate for solutions to the problems that technology has caused for many people. He rhymed off some suggestions: universal basic income, avenues to upgrade skills mid-career, or better access to initial education in the software space.

Regardless of the method, Litt believes in the responsibility of today’s entrepreneurs to build companies that solve real problems, practice self-awareness and empathy as a founder, and to ensure that no one is left behind as you succeed. You can call a person who believes in these ideals many things, but one thing they are not is a tech founder stereotype.