On an early morning at the Microsoft Store in Toronto’s Eaton Centre, Satish Kanwar, founder of Jet Cooper (a product design agency acquired by Shopify in 2013) and current director of Product at Shopify, explained what it’s like to found a company that got acquired. It wasn’t all easy, he said, but trusting relationships and an ounce of serendipity made the whole process a veritable Canadian startup success story.

“We had 25 people, and only about a third even knew what Shopify was at the time of our acquisition; Shopify’s Toronto office was smaller than us” Kanwar remembers, noting that Shopify became a household name after 2013, when Jet Cooper was acquired.

The event was hosted by the Vinetta Project, an organization dedicated to supporting high-growth female founders. Thinking back on the path to acquisition, Kanwar noted there were six key steps – interest, offer, due diligence, announcement, integration, and future plans.

“We initially wanted Shopify as a client – we figured we’d add them, plus five or six other companies,” Kanwar noted of his first interactions with Shopify. “But that wasn’t quite how it turned out.”

Karen Shulman Dupuis, a powerhouse entrepreneur in her own right and moderator of the discussion, probed Kanwar further – how do you start off in a business development meeting and end up getting acquired?

Kanwar explained that the sales process was taking a bit longer, and Shopify was acting a bit weirder than he was used to from other clients. Suddenly Tobi Lütke, the illustrious founder of Shopify, flew to Toronto from Ottawa to meet Kanwar and talk about the work Jet Cooper would do for Shopify – or so Kanwar thought.

“The first time Tobi and I spoke, he looked around our offices, sat down, looked me in the eye, and said ‘you’re doing great work here; we should become one team.’”

From there, it was a whirlwind 10 weeks that culminated in the acquisition of Jet Cooper by Shopify, but it wasn’t all roses and champagne popping.

“I had to lie to my employees – that was the hardest part of this process,” Kanwar recalled about the time he spent waiting for the Shopify offer to come in the mail. “I had always been an open, transparent leader, but I had to keep this a secret because if it didn’t work out, or we chose not to take an acquisition deal, I didn’t want to panic the team.”

Kanwar flew to ‘sales meetings’ in Ottawa for the next few weeks and his team none the wiser. Shortly after, a Letter of Intent (LOI) to acquire came in the mail.

“That was a difficult night for me and my co-founder. We sat in silence, staring at each other and into space for over an hour before one of us finally said ‘So, are we going to do this?’ Based on where we thought the company should go, we decided to go ahead.”

Due diligence is a stressful part of any acquisition, and Kanwar’s experience with Jet Cooper was no different.

“Shopify gave me and the Jet Cooper team the entrepreneurial freedom we had when we were our own company.”

Due diligence, Kanwar laughed, is the process of “explaining every decision you ever made as a business and then showing legal documentation to prove the decision was legitimate.” As a small business, Jet Cooper had done a lot based on trust; not all early employees had signed product releases and many decisions weren’t officially documented. But the most difficult part of due diligence, for Kanwar, was his employees’ wellbeing.

“Most of my employees were former founders, freelancers, and people who came to us because they didn’t want to work for a large company. Their comfort, to me, was paramount,” Kanwar said.

Once he found a pathway for employees to be properly taken care of – negotiating stock compensation in Shopify, sharing some of the profits from the acquisition, and developing transition plans – Kanwar was comfortable continuing with due diligence.

It was a painful process filled with calling old employees to sign waivers and releases, paying lawyers and accountants to add the seal of approval on retroactive documentation, and overall maintaining a balancing act of not setting off a panic while gathering the information to satisfy LOI requirements.

Finally, terms were agreed upon and the deal was accepted – Jet Cooper would become part of Shopify. All that was left to do was announce.

Announcing the acquisition, for Kanwar, was not a champagne-popping celebration as you might see on HBO’s Silicon Valley or in popular movies about startups going big. Instead, it was a humbling affair, “with many tears, a lot of surprise, and a tense, albeit excited, energy.”

Instead of sending a company-wide email saying “We got acquired!”, Kanwar and his co-founder sat the entire team down at once, something he was not used to as their 25-person team had a culture of sharing big news one-on-one. He opened the conversation by discussing Jet Cooper’s future goals. He explained the vision of the company, then explained that Shopify made an acquisition offer and joining Shopify was the best next step to reach their vision. 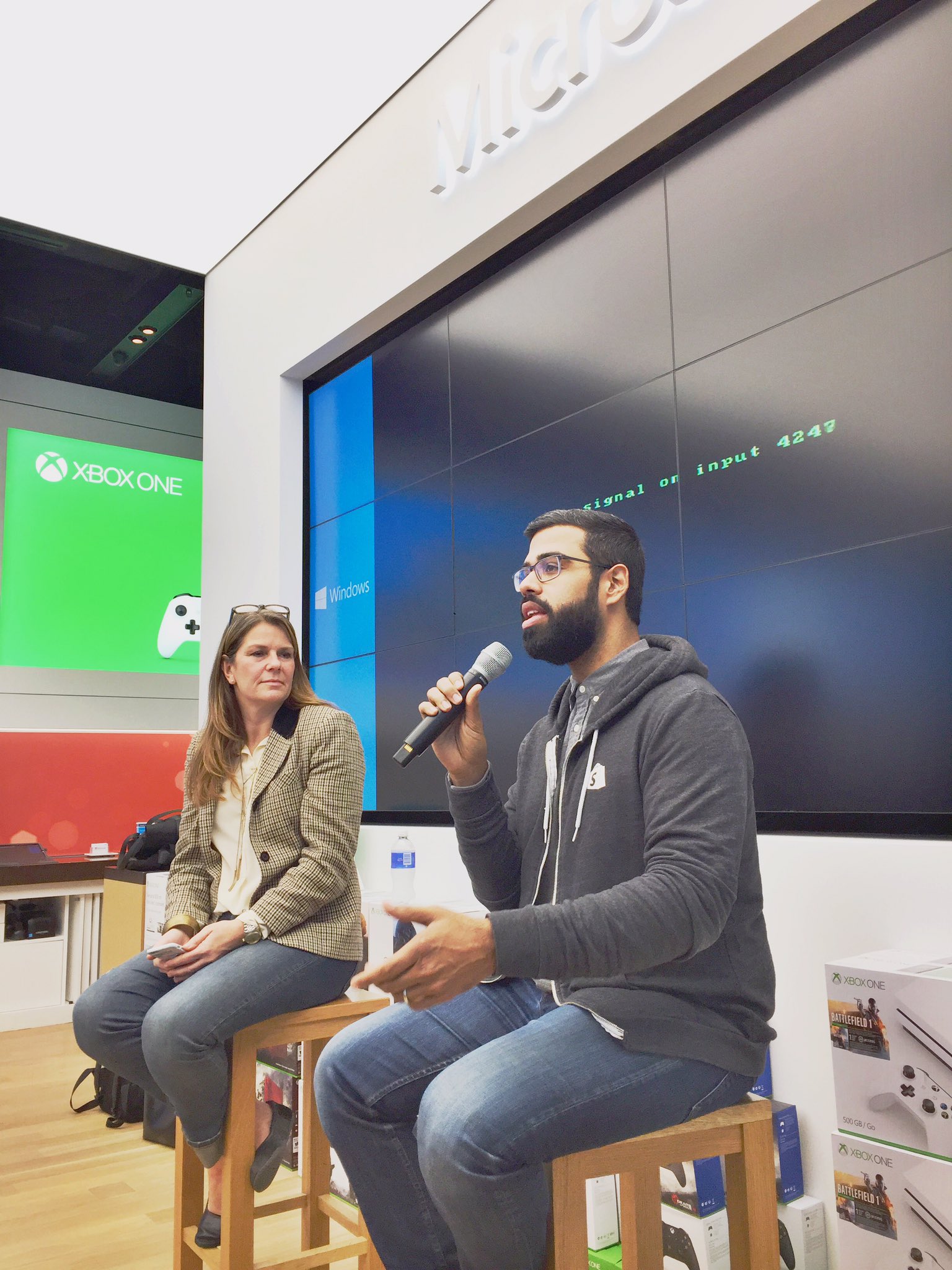 There were a lot of questions from the team about why they were being acquired – or why Kanwar would entertain an acquisition offer in the first place. Kanwar’s response was simple, yet profound: “When someone gives you a stronger vision for your company than you have already, it is your duty as a founder to take that step and follow the new vision.”

Once his team internalized that message, they understood that acquisition was the right path for Jet Cooper – now it was time to get used to being “Shopifolk.”

“We took 100 percent of the Jet Cooper team to Shopify, but Shopify moved into our office because the Shopify Toronto team was smaller than Jet Cooper’s. I think this was key to a successful acquisition because Shopify moving in with us was a signal that Jet Cooper’s culture would not be affected.”

Kanwar had done well by his employees, even as they now wear the Shopify hoodie instead of the Jet Cooper t-shirt. He helped them plan their transitions, he announced the acquisition as soon as was feasible, and was able to maintain some of Jet Cooper’s unique culture. The real challenge came for Kanwar himself; what was he supposed to do now that he was an employee, not a founder and CEO?

“I felt like I needed to know everything about the company the way I did at Jet Cooper,” Kanwar recalled, “I set meetings to keep myself busy. I needed to figure out how to provide value in a totally different way than I was used to.”

It took about a year for Kanwar to feel at home at Shopify.

“Shopify gave me and the Jet Cooper team the entrepreneurial freedom we had when Jet Cooper was its own company. They told us to add value to the Shopify platform in the ways we all thought we could do best,” Kanwar said. “They understood the Jet Cooper’s unique culture and wanted our people to know they were welcome, and that is what eventually made Shopify feel like home.”

“I’m proud to say that 3.5 years later, 21 of the original 25 Jet Cooper employees are still at Shopify. This means a lot to me,” Kanwar said.

The four employees of Jet Cooper who did leave Shopify, Kanwar notes, did so over time and for various reasons; it wasn’t an exodus of unhappy people but instead individuals finding their own career next steps.

When discussing what comes next after being an employee, a founder, and back to an employee again, Kanwar responded, “The path after acquisition depends on alignment of vision and trust. Without trust, you cannot succeed.”

For now, Kanwar is thrilled to be working at Shopify. He believes the company will continue growing because of its focus on giving employees the opportunity to be entrepreneurial in their “Career Lattice”, the phrase Lütke uses to describe his view that Shopify should be a workplace where any innovative person can chart their own growth.

As long as that culture persists, you’ll probably see Kanwar in a Shopify hoodie for a long time to come.