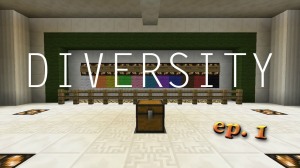 One of the most talked about aspects of diversity and inclusion in the workplace is “sensitivity training” and how it doesn’t actually help diversity – and makes white men feel threatened in the process. It is also known as manager training, diversity workshops/training, or other forms of “diversity professional development”. Sometimes this is a lengthy talk about being nice to people, sometimes it is a powerful testament to a company’s inclusion culture, but all too often many people feel as though sensitivity training can be summed up into one phrase: Make straight white men feel guilty.

Sensitivity training is seen as – whether perception or reality – nothing more than making people with privilege feel bad about their privilege and permanently implying people from historically oppressed populations (women, people of color, LGBT people, persons with disabilities, and Indigenous peoples) can never have privilege and never be equal to those able-bodied straight white men. In a corporate world where that is the perceived message of diversity and inclusion, it’s no wonder women and minorities are ranked lower by their peers for supporting diversity.

But here’s why I love “sensitivity training” and feel that, in the end, it is not a system designed to make straight white men feel guilty. I firmly believe there is a better way to create this training and a better way to go about implementing it:

Or, more aptly, answer questions they are too embarrassed to ask. Depending on organizational culture, people may simply not know what diversity is or why it matters. I don’t mean the studies about business benefits, I mean the day to day, human to human interactions around diversity. Even in “inclusive organizations”, not everyone will understand all the nuances of diversity – nor should they be expected to immediately. It is easy for well educated, well meaning folks to come in the room and instantly start talking about how great diversity is and how everyone will learn how to tolerate and handle a diverse workforce by the end of the presentation, but that isn’t the point of these training sessions. The point is to shift mindsets, and in order to do that you need to make the room a comfortable – and dare I say it, safe – space for all involved.

When thinking about something like workplace diversity, it can be easy to fall into the trap that everyone should inherently understand it because we live in a diverse world. The better way to start these sessions, however, is to acknowledge that not only is “workplace diversity” a very high level, confusing concept at times, but even within the communities there are discrepancies – it’s ok to be confused right now.

Define your language so everyone can join the conversation

Another common issue with diversity training (and an issue I face when speaking to HR folks about diversity) is that the language of diversity is different from the language of business. “Safe space”, “Positive”, “Community”, and other words like those have very different meanings and understanding when attached to traditional business rhetoric versus that of diversity. Folks from other departments a given business might understand those terms differently as well, whether applied to diversity or not. It is a simple case of coming from different “worlds” within the universe of a corporation, and it can be difficult to move forward when everyone is squabbling over what a word means or how someone is using it.

Sensitivity training can bridge that gap; it’s not about assuming people are stupid and thus you have to educate them, it’s about explaining how you are going to use the terms so that everyone can have an enlightened conversation. Even for people who do use those words regularly in a diversity context, it is possible that they define them differently (this is often the worst, because you have two people educated on the subject of workplace diversity that are saying two entirely different things, but using the same words to do so). Defining your terms is a good best practice for all business interactions, but it is especially important when it comes to diversity and inclusion, an area with so many terms used in a multitude of ways.

Encourage challenges to your thought process

I once attended a diversity-in-the-workplace panel, attended by senior executives from top firms. One of the opening statements before the panel started was that people could not challenge what the speakers said because it was disrespectful; they could only affirm their statement and ask positive questions. I understand there is a time and place for a “no negativity” mindset, but I think that this panel went about it in the wrong way. Challenging a statement or question was not the problem – instead, it was the intent behind the question or challenge. Asking petty questions for the sake of tearing someone down or trying to make a political statement is not a good way to move forward, no matter your beliefs. However, I believe one of the goals of sensitivity training is to encourage “productive dissent” – a space where people can ask questions in order to further their own understanding and also to offer any insight they may have. It is not a statement of disagreeing for the sake of disagreeing, but instead clarifying, asking about implications, and discussing ramifications.

Extend the conversation beyond the training room

One of the final reasons “sensitivity training” fails is because it is seen as a one-time, siloed event that people attend, talk about for a couple days after, then move on with their lives. In order to take the lessons learned from the training, they have to be continually applied. This means extending that “Safe space” into the rest of the workplace so that if someone has a question that might not be politically correct, they need to feel they can ask that question – provided it is for the sake of learning and clarifying, not mocking the efforts made.

When it comes to sensitivity training, the power lies not in the idea, but in the structure behind it. Sensitivity training is not about making people feel guilty for their privilege; it is about starting a conversation that extends well beyond the confines of the meeting and fundamentally alters how we think about and treat issues of diversity and inclusion.

Do you have a story about attending sensitivity training for diversity – good or bad? Share it in the comments!

Stefan is a diversity and inclusion consultant and Founder of Ziversity, an online diversity recruiting and sourcing platform. He has a number of years of experience in the HR/diversity recruiting space, starting with his research at Yale University and continuing through numerous non-profit positions. He blogs about diversity, inclusion, tech, startups, and cultural commentary. Connect with him on LinkedIn and follow him on Twitter @stefanpalios. Business inquiries can be sent to stefan@ziversity.com.